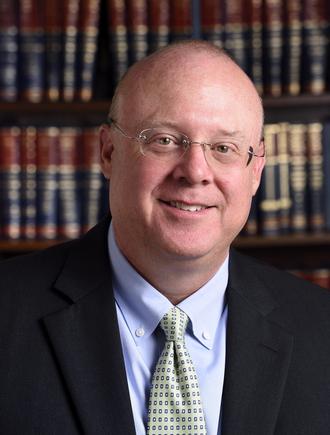 A 1992 graduate of the University of Kentucky College of Law, Keith is married to Dana Ransdell and has two children, Ellie and Will. He and his family attend Porter Memorial Baptist Church, and he also coaches youth soccer and basketball teams.

University of Kentucky College of Law
J.D. 1992
Order of the Coif (admission restricted to top 10 percent of graduating class)
Research Editor for the Kentucky Law Journal

The following cases accurately reflect Keith’s practice in maintaining a balanced caseload that includes both the defense of employers and other commercial enterprises and the representation of those individuals who have been wrongfully terminated or have suffered legitimate, life-altering injuries:

In C.U. v. Robert Greis and Friends of Ky. Families, No. 05-375-KKC, filed in the United States District Court for the Eastern District of Kentucky, Keith obtained a judgment in excess of $13,000,000 for a minor client against a pedophile and his employer. In this case, Keith's minor client was assigned a professional mentor to provide emotional support to the client, who was struggling with school and relationship issues. The mentor was employed by Friends of Ky. Families, Inc., who permitted the mentor to be in a position of being alone with the client, resulting in the client suffering significant sexual abuse. The mentor was convicted of multiple criminal counts of child abuse prior to the $13 million judgment being awarded in the civil action pursued by Keith. The judgment in this matter is final.

In Alvin Wells v. TCA, Inc., et al., No. 01-484-KKC, filed in the United States District Court for the Eastern District of Kentucky, Keith was retained by a disability insurer in the middle of a complex ERISA litigation matter to attempt to obtain the reversal of a six figure judgment against the insurer that included damages for contempt. Keith petitioned the Court to reconsider its earlier rulings and the Court not only reversed its finding of contempt against his client, but approved the dismissal of all of the claims against his client.

In Amanda West v. Tyson Foods, Inc., 2008 WL 5110957 (W.D.Ky. 2008), filed in the United States District Court for the Western District of Kentucky, a jury awarded Keith’s client more than $1,300,000 for sexual harassment suffered by his client over the course of five weeks of employment at a chicken processing plant. When Keith's client complained of the sexual harassment to her supervisor and to Tyson's Human Resources Department, Tyson took no action to investigate West's complaints or to protect West from further harassment. Ultimately, West refused to return to work at Tyson for the sake of her own personal safety. The jury award included $750,000 for emotional distress, $400,000 in punitive damages, awards for front and back pay and attorneys fees. The judgment was confirmed on appeal by the Sixth Circuit.

In William Sanford v. Main Street Baptist Church, Inc. et al, 327 Fed.Appx. 587 (6th Cir. 2008), Keith was retained to defend employers against claims for sexual harassment and retaliation by one of their employees. On the plaintiff’s appeal from the dismissal of all claims by the United States District Court for the Eastern District of Kentucky, the United States Court of Appeals for the Sixth Circuit adopted, as a matter of first impression, an argument by Keith that the aggregation of employees for the purpose of identifying an “employer” under Title VII is determined based upon the amount of control exercised by each of the joint employers separately.

In Northeast Health Management, Inc. v. Cotton, 56 S.W.3d 440 (Ky.App. 2001), Keith obtained six figure verdicts for both of his clients, including awards of punitive damages, for wrongful termination. In this case, the plaintiffs' supervisor, who had been arrested for shoplifting, asked the plaintiffs to perjure themselves and falsify records in violation of the law and then fired the employees when they refused. At trial, the corporate representative of Northeast Health Management, Inc. falsely denied having any knowledge of the supervisor's shoplifting arrest prior to the trial, only to be confronted with documentary evidence that the representative had earlier declared the innocence of the supervisor in attempting to justify the termination of the plaintiffs. After the opposing party filed an unsuccessful appeal, the judgment was satisfied. This case has been cited numerous times by Kentucky courts for its precedential authority in the application of the employment-at-will doctrine.

In Morgan Stanley DW Inc. v. Hadden, et al., No. 05-474 filed in the United States District Court for the Eastern District of Kentucky, Keith represented a brokerage company attempting to enforce its non-compete contract against an employee that had abruptly resigned and was attempting to transfer clients to a competitor. A restraining order was issued by the Court to prevent the transfer or solicitation of customer accounts that permitted the client an opportunity to protect its interests and reach a satisfactory resolution of the matter.

In Deronda Everage, et al. v. The City of Hazard, et al., No. 07-CI-00153 filed in Perry Circuit Court, Keith was retained to defend an engineering firm in a gas pipeline explosion case in which two men were severely injured, including severe burns over significant portions of their bodies and loss of limbs. Keith successfully sought and obtained the dismissal of his client from the case based upon an argument that an intervening injury to the pipeline was the cause of the explosion.

Keith Ransdell began his law career at one of the largest law firms in Tennessee before returning to Kentucky. He has significant experience representing, among others, personal injury victims and business clients in complex matters in state and federal court. Keith’s additional practice areas include employment disputes, civil rights actions, construction disputes, ERISA litigation, and complicated commercial and intellectual property disputes. Keith’s continued representation includes Commonwealth Credit Union, Gateway Manufacturing, Inc., Johnan America, Inc. and Nesbitt Engineering, Inc. In active practice, Keith has obtained numerous notable trial verdicts and favorable settlements in both state and federal courts. Keith focuses his practice on  labor and employment law and litigation, commercial litigation and personal injury/wrongful death litigation.Keith has been recognized in The Best Lawyers in America® since 2009 for a number of practice areas, including Labor and Employment Law, Employment Law-Individuals, Management and Labor Law-Management, and in 2015 was named by The Best Lawyers in America® as Lawyer of the Year in the area of Employment Law-Management, Lexington.